I have this funny thing which is that I’m never afraid when I’m looking in the ground glass. This person could be approaching with a gun or something like that and I’d have my eyes glued to the finder and it wasn’t like I was really vulnerable.

If Rembrandt were a photographer instead of a painter, and if he were drawn to the margins of society rather than to himself (and his other subjects) he might have produced works very much like those of Pierre Gonnord.

With their dark backgrounds and characteristic lighting, these images are sculpted with an exacting attention to detail. They are, in fact, so painterly that they invite the viewer closer, encouraging a careful examination of the shadows and highlights in an attempt to perceive their true nature. In the book the images are the size of a postcard and so it is easy to mistake them for paintings. In his exhibitions, Gonnord displays the images much larger than life – sometimes four feet high, and so I expect, the effect is quite different.

The subjects and the images are timeless. The clothing gives nothing away: an overcoat, perhaps a scarf; sometimes there is no clothing, only a naked shoulder.

The portrayed are European punks, transients from Eastern Europe, Venetian Jews, Spanish and Portuguese peasants, Japanese geisha and yakuza, the Gypsies of Seville … There is beauty and there is a brutality – often combined in the same face.

I choose my contemporaries in the anonymity of the big cities because their faces, under the skin, narrate unique, remarkable stories about our era. Sometimes hostile or distant, almost always fragile behind the opacity of their masks, they represent specific social realities and another concept of beauty. I also try to approach the unclassifiable, timeless individual, to suggest things that have been repeated over and over since time began.

Born in France in 1963, Gonnord moved to Spain in his twenties and taught himself photography. He has been widely exhibited in Europe and in 2012 the French Consulate in Atlanta invited him to complete a residency and a series of photographs, using local American southerners as his subjects.

In the essay, “A New Perception of the Real” by Lorena Martinez de Corral (which accompanies the volume) Gonnord states:

The camera has been like a lifejacket for me, an opportunity to go towards the rest, to approach the Other, to overcome the limits of my shyness, of my loneliness, of my condition and also my taboos.

This sentiment is the echo of Diane Arbus’s relationship to her subjects, but where Arbus was uninterested in technical finesse, Gonnord has clearly perfected not only the art of photography but the painterly use of lighting to convey a specific conception of portraiture.

PHotoBolsillo publishes a series of monographs on “the most important Spanish photographers” in an “instructive yet readable format.” The books are similar to the popular Photo Poche series started by the Centre National de la Photographie in 1982 (and brought into the English-speaking world in 1989 by Thames and Hudson under the title Photofile).

Despite the PHotoBolsillo motto, the English translation of Lorena Martinez de Corral’s essay is not very readable, it is, in fact, awkward and a little painful. A minor complaint, and the only one I could make in the light of the pristine nature of the rest of this book.

The tiny volume on Pierre Gonnord is an excellent introduction to a masterful and provocative photographer. 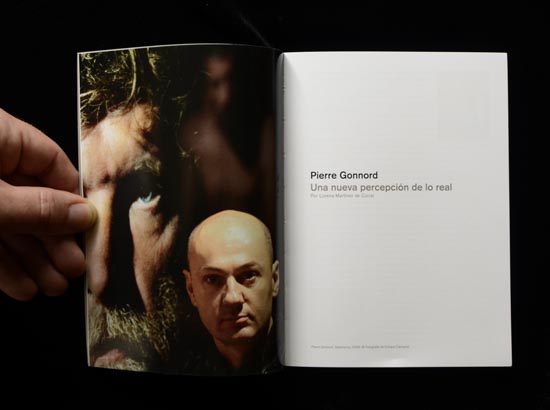 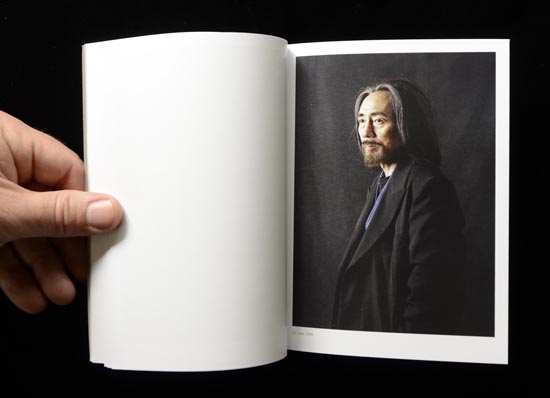 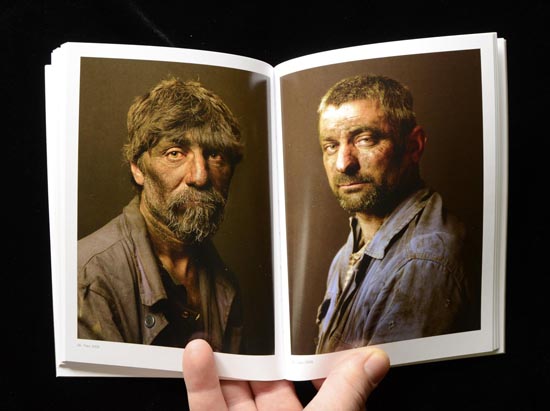 Disclosure: A copy of Pierre Gonnord was purchased online.